About Advertising in Radio Mirchi - Varanasi 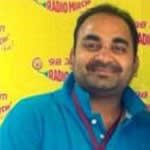 Radio Mirchi, Varanasi is a Hindi language radio station that is a high-impact marketing strategy for brand promotion in a limited time. Radio Mirchi, Varanasi Advertising targets listeners who usually tune in to the radio while stuck in traffic or commuting. In Radio Ads, advertisers buy airtime to play a brief audio containing the brand message.

Radio Mirchi, Varanasi Advertisement also has an emotional effect because listeners can be influenced by messages even when they're not paying attention. Advertisers can place their ads on different time bands like Prime Time and Mixed Time which will help them to reach out to specific target audiences.

Radio Mirchi, Varanasi Ads would be the finest option for advertisers to place their ads to a larger base with their engaging content. With more and more people listening to the radio on a daily basis, it is important for businesses to consider radio ads as an effective marketing tool. Advertisers can buy radio ad spots for during airtime on Radio Mirchi, Varanasi which are cost-effective and can be placed immediately.

Businesses like yours pay for every second of airtime, and the station broadcasts your radio commercials to its audience. Most radio ads listeners can be reached while they're in their cars, at work or even out running errands.

Radio Mirchi, Varanasi Advertising Rates will depend on the media options that the advertisers have selected based on their requirements.

Our “Top Choice” section on “Advertising on Radio Mirchi, Varanasi” will include all the Radio Advertising media ad options the companies can choose from according to their requirements. Just like other mainstream ads, in radio advertising, advertisers will be provided with a broadcast certificate after the jingle is played

You can check out discounted Radio Advertisement Rates on the official website of The Media Ant. Companies can pick the ad options most relevant to their needs.

Looking to Place Your Ads in Radio? The Media Ant is one of India’s leading radio advertising agencies that helps you with advertising and brand recognition needs.

With a presence across top Indian cities like Bangalore, Mumbai, and Delhi, The Media Ant ensures you a one-stop solution for all your outdoor advertising needs.

We help you plan, buy, execute and monitor all your radio advertising campaigns across the country. Our in-house team ensures to provide you with the best Radio Adverts plans at the best possible rates available and flawless execution of the advertising in skywalk.

Our best rates for advertising on radio platforms are available online on our website. As part of the execution process in radio advertising, The Media Ant will provide advertisers with broadcast certificates.

Here are some frequently asked questions on Radio Advertising:

Why Should I Do Radio Advertising?

How Does Radio Advertising Work?

Brands can visit The Media Ant’s website and check out the various media options available for radio advertising. Brands can then choose the ad option and customize their requirements based on their needs. After the customizations, brands will be able to click on the express quote and get the best rates for radio advertisement.

You can also contact us to find the best possible way to place your radio advertising.

How Much Should I Spend On Advertising?

To place your radio advertising you can spend as much money, however, the price varies depending on the media type and the number of days they want to place their advertisement.

You can check out discounted Radio Advertisement Rates on the official website of The Media Ant. Companies can pick the ad options most relevant to their needs.

How Is Radio Used In Advertising?

Through Radio Advertising, advertisers can buy their ads on various radio stations using which they can promote their products or brand based on their preferences at large base. Advertisers can place their ads on the radio during popular shows and podcasts which will help them to make a great impact on the audience.

How Soon Can My Radio Advertising Campaign Be On Air?

Ads on radios can be live as soon as the time slot and the jingle that is to be played are fixed. Radio Advertising is fixed at night for every day, and advertisers are required to provide their jingle by 4 pm so their ads on the radio can be played the next day.

Radio Advertising campaign duration will be varied based on the time slot chosen by the client. Mostly the radio ads range between 30 to 60 seconds.