Get Rates
**18% GST is applicable on the above rates 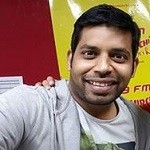 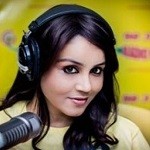 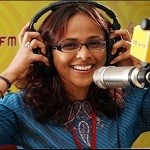 Radio Mirchi FM, launched in 2000 is a leading radio station with 49 centres in 43 cities across India, 1 in UAE. This extensive coverage increases number of listeners and provides a national media platform for advertisers. The channel reaches to more than 46.5 Million listeners. Over 6500 companies have advertised in Radio Mirchi till date, many of them being served by our advertising agency.

You can also advertise in Radio Mirchi local on ground campaigns. Radio Mirchi has done over 300 ground activities - one every alternative day. You can write to us to know more about customized services by Radio Mirchi.

Radio Mirchi 98.3, Hyderabad runs below mentioned programme in a day

The Radio Station will provide the precise spot timings of the Advertisement on every day of the campaign.

Other Leading FM Stations in Hyderabad

Radio Commercials: Free Commercial Time also know as FCT is made available by the Radio Station. Advertisers can promote their brand by buying a set of time slots at discounted rates. Commercial times and their rates are further classified on the following basis:

RJ Mentions: RJ talks about advertiser’s brand while conducting the show. The RJ spends about 30-45 sec talking about the brand.

Contests: Any form of games which can be sponsored by advertisers where the listener stands a chance to win a prize. Some examples include quizzes & singing competitions. The sponsor has to provide the winner with a prize worth a minimum cost at Rs 2000.

Studio Shift: Any of the Radio shows can be broadcasted out of a location outside of the studio which is decided by the brand. For example the RJ’s can broadcast out of a particular restaurant to promote that brand.

Sponsorship Tags: Advertisers have the opportunity the name of the brand to any specific program or song of the Radio Station as Title Sponsorship, Powered by or associate sponsorship

Roadblock: Advertisers can acquire all the ad spots of Radio station within a time frame.

Premium Placements: Advertisers can get premium placements at a higher cost for a 10 second FCT which is aired as the last or the first spot of the break.

Discounted Rates: We show the lowest rates the ads can be purchased for directly in our Media Options and Pricing Tab. Additional Discounts on ad rates depend upon the volume of ad buying by advertisers.

Additional Cost: Advertisers will have to pay an additional 18% on discounted rates as a service tax while buying ad spots.

We are India’s first Radio ad agency that provides discounted cost without asking any question or forcing you to signup. As a leading Radio Advertising agency in Hyderabad we offer the best rates to our clients. We keep total cost down and provide you with very competitive rates. Explore more about Radio Mirchi Hyderabad’s Ad card rates and discounted rates in Media Options and Pricing Tab. You can also contact us to know more about placing adverts in Radio Mirchi 98.3 FM, Hyderabad.

Planning Assistance: Our experts can help advertisers book ads for their brand by recommending the right slots at the best rates.

Ad Length & Campaign Duration: Minimum Ad length excepted is 10-seconds and campaign should run at least for 1 day. Whilst the most common ad lengths are 30 and 40 seconds, ad spots can in effect be any time length up to 60 seconds or even longer. The longer the time length, the more expensive the spot airtime will cost.

Ad Booking Deadline: Advertisements can be booked a day prior to the execution day, if the advertisers are ready with their creative and agree with the final rates.

Multiple Creatives: Advertisers can rotate their ad creatives according to their requirements at the same cost.

What Value Ads Can I get to amplify my campaign?

1. If the campaign size is more than 1 lac, we provide Show Sponsorship Tags as a Value Ad Free of Cost.

2. If the campaign size is up to Rs 5 lac, we provide Show Sponsorship Tags, RJ Mentions as a Value Ad Free of Cost.

3. If the campaign size is up to Rs 8 lac, we provide Show Sponsorship Tags, RJ Mentions, Contest as a Value Ad Free of Cost.

Are there any Terms and Conditions that I should be aware of?

1.Once the ad is approved and payment made, it takes 1 working day to start the campaign

2.At the start of the campaign, we will share approximate time at which ad will be played. However, these are not the exact timings. Broadcast certificate which is shared within 30 days of the campaign end will have the exact air time

3.Due to overbooking there might be drops in the number of ads scheduled for a day. Such drops are intimated to the advertisers and option given to them for airing them later.

For the cost mentioned on the site how many times would my ad be played?

Shared rate for Radio is per second. Let me explain this through an example.

Length of your jingle ad - 20 seconds

What is a show sponsorship tag?

A show sponsorship tag is the Tag line of the advertising brand which is aired before the start of the show.

Example - This show is brought to you by Carl Zeiss Drive Safe Lenses.......

What if an advertiser wants to place the ad at a specific position during the ad break?

1. The advertiser can choose a specific spot & time band for placing the ad by paying a premium over and above the normal cost of advertising.

2. The premium percentage ranges from 50 - 100 % depending on the station and market.

What is a non prime time band in radio advertising?

The afternoon time band, i.e. from 12PM to 5PM is the non prime time band in Radio Advertising.

What is an RJ Mention?

How do I ensure that my ad is being played as desired?

1. We share the ad spot timings on a daily basis through which one can track the number of spots played during the campaign.

What is an Interview?

The advertising brand has the option of recording and airing an exclusive interview which helps to promote the brand.

What is a prime time band in radio advertising?

The Morning hours (7AM to 12AM) and the Evening hours (5PM to 11PM) is the prime time band in Radio Advertising.

What happens in case the ad is not played or is dropped due to inventory crunch?

In case the ad gets dropped, the advertiser has two options to choose from:

What are the various types of advertising options available on Radio?

1. One can advertise on Radio in the form of a pre-recorded jingle which is played during the ad breaks on Radio stations.

2. There other forms of advertising on Radio are Sponsorship Tags, RJ Mentions and Interview.

How can an advertiser record the Interview?

How can I determine the total cost / budget for a Radio Campaign?

1. You can determine the total cost/budget by Rate per Second x Total Ad Duration x Frequency (spots to be played per day) x Total Days.

2. The rates vary according to the selected time band. For example: rates for prime time band are higher as compared to non-prime and mixed time band.

What is a Contest?

An advertising brand can sponsor games / quizzes on Radio and give away branded gratifications to the winners of the contest.

What is mixed time band in radio advertising?

The time band, i.e. from 7AM to 11PM is the mixed time band in Radio Advertising.