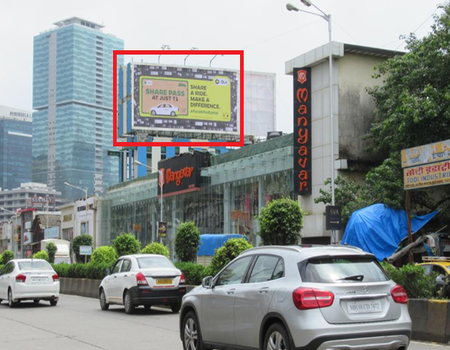 AT LOWER PAREL PHOENIX FLYOVER, OPPOSITE BIG BAZAAR, ABOVE MANYAVAR (E/T), Traffic Towards : WORLI/MAHALAXMI TO ELPHINSTON/DADAR

Lower Parel is a prominent part of Lower Parel. It is one of the largest neighbourhoods of Lower Parel. Situated in the heart of the Lower Parel location it is considered to be the most preferred areas for residences, corporate and commercial establishments. Thus, Lower Parel holds a very important place in terms of outdoor advertising in Lower Parel.